Documentary evidence suggests that Philip Ludwell III worshipped as an Orthodox Christian at his colonial Virginia home. But does any archaeological evidence exist that would support this view?

Structure S in the forecourt of the Ludwell-era Green Spring property. This mystery building has an apse-like feature that faces east.

Followers of the Philip Ludwell III story through the Associates will already know of our interest in a particular site at Philip Ludwell’s Green Spring plantation outside Williamsburg:  Structure S, the outlines of which were uncovered in the excavations of 1929 and 1954-55, was a small (18 x 10 foot) structure that faced due east.

No one has been able to figure out Structure S’s purpose or use. We think it’s possible, given Ludwell’s demonstrated Orthodox Christian piety, that this could be the first Orthodox chapel in North America.

Structure S: Yet to Undergo a Rigorous Archaeological or Architectural Analysis 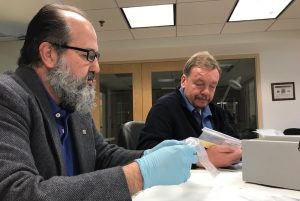 On a research trip in January 2018 (learn more here), Associates Nicholas Chapman, Nicholas Kosar, and Deacon Nicholas Dujmovic made some progress regarding Structure S, spending time at National Park Service facilities in nearby Jamestown and Yorktown.

Our review of Green Spring artifacts housed at the National Park Service’s facility in Jamestown, on the one hand, was inconclusive, but on the other hand, we learned that many Green Spring artifacts were not properly cataloged as to the location at which they were found, much to the frustration of current NPS officers (and us).  Our review of Green Spring-associated documents at the NPS Yorktown facility, moreover, revealed to us that Structure S has never been properly investigated and excavated. 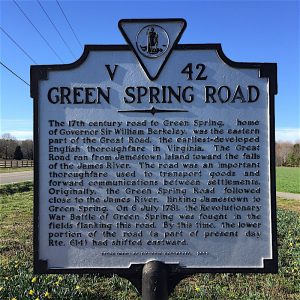 In our talks with the National Park Service, we have mooted the possibility of a targeted excavation on Structure S, and the NPS is open to that possibility. We are encouraged in our efforts by the Friends of Green Spring nonprofit group, which has a longstanding interest in the site and has members with a wealth of expertise—including practical archaeological knowledge. In meeting with them, they suggested performing a site survey using modern technology, for example, ground-penetrating radar.

We plan on further discussions with the National Park Service about next steps, which might involve obtaining permission for a site survey of Structure S and its immediate vicinity, prior to a targeted excavation of the site. Any such work would involve consultations with professional archaeologists and Green Spring experts and would involve hiring a commercial archaeological firm, since the NPS has no archaeologists available. A proper excavation could tell us much more about Structure S than we know to date and might help solve the mystery of its use. 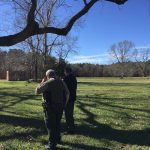 Standing just to the southeast of the location of Structure S which was in the forecourt of the mansion. 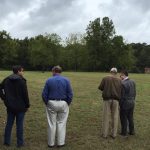 If the Green Spring mansion were still standing, this would be the view of the rear of the house.

Louis Caywood’s Green Spring archaeological report, prepared in the 1950s for the 350th anniversary of the founding of Jamestown.

Just before our latest research trip in January, the Associates was pleased to receive recognition from the IRS as a 501(c)3 approved charitable organization. Our new 501c3 status will help our efforts to raise tax-deductible contributions to support these ongoing research efforts.

If you would like to contribute to our mission, you can make a donation by PayPal via this page which offers more details about Structure S. Alternatively, checks made payable to “ACPL” can be mailed to us at the following address: PO Box 1560, Vienna, Virginia 22183 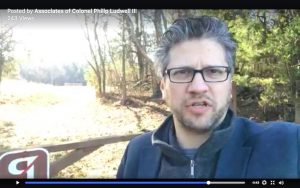