A visitor to the site of Historic Green Spring, five miles west of Colonial Williamsburg, will find mostly an empty field that is inaccessible to the public due to a lack of funding and historical interpretation programs. Despite this unfortunate situation, beneath the fields of Green Spring lie the foundations of one of the grandest homes of the colonial era in America. 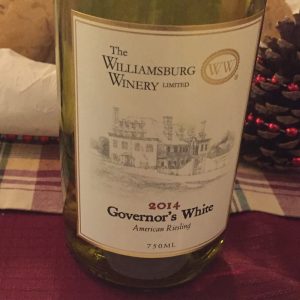 Before it was demolished, the Green Spring mansion was drawn by famed architect Benjamin Henry Latrobe. If you enjoy a bottle of Williamsburg Winery’s Governor’s White American Riesling, you’ll see Latrobe’s drawing – the house that Philip Ludwell III had lived in during the 1700s.

But what did the precursor to this 1700s version of the mansion look like? The one originally constructed in the 1640s by Governor William Berkeley? Our executive director, Nicholas Chapman, traveled to the south bank of the James River from Jamestown to visit a historic house called Bacon’s Castle in order to get an idea of what the original Green Spring looked like. Bacon’s Castle was built in the 1660s and, like its counterpart at Green Spring, was typical of the Jacobean architecture of the time. Visit this photo report of Bacon’s Castle to learn more.