In December 2016, we shared an article from Appalachian Magazine on our Facebook account titled “Why Early Appalachian Settlers Originally Celebrated Christmas in January.” The article referred to the “dwindling number” of people who “continue to celebrate “Old Christmas” in the Appalachian hills.”

Not long after, we learned that plans for “Old Christmas at the Wilderness Road Blockhouse” in Scott County, scheduled for January 7, 2017, had been cancelled due to snow expected in the area. Scott County lies in southwest Virginia, just to the west of Interstate 81, which stretches from Upstate New York to Knoxville, Tennessee. The county was named after famed General Winfield Scott (“Old Fuss and Feathers”) – a Virginia native, West Point graduate, and Commanding General of the United States Army for twenty years, longer than any other holder of the office.

So what is “Old Christmas at the Wilderness Road Blockhouse”? It’s an annual celebration of Christmas, remembering how pioneers and settlers used to celebrate Christmas according to the Julian Calendar, as many Orthodox Christians still do to this day. 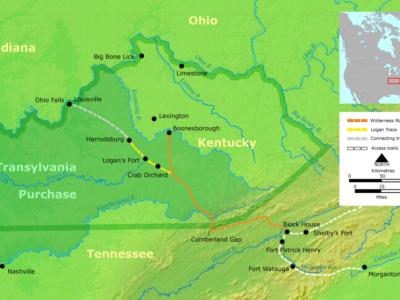 The Wilderness Road: Modern travelers can still take much the same route to Cumberland Gap as 1700s settlers.

Blazed in part by Daniel Boone in the 1700s, the Wilderness Road was the primary road for settlers to reach Cumberland Gap at the tip of southwestern Virginia, through which settlers poured into Kentucky. Inhabitants of Eastern Pennsylvania can tell you that Boone was a native of the Reading, PA area, with his family eventually migrating through the Shenandoah Valley to North Carolina. The Blockhouse, in southwestern Virginia near North Carolina, was an important landmark for these travelers and served as the gathering place for Kentucky-bound pioneers.

Many ancient observances from “the old country” were still practiced here, in these mountains, as late as World War I and in some pockets probably later. For instance, have you and your friends gone out “serenading?” Contrary to what you might think, it has very little to do with caroling. Maybe you’ve stayed awake on Christmas Eve to hear, no, not sleigh bells and reindeer hooves, but sheep and horses bowing to pray.

… in East Anglia, “Old Christmas” was religiously kept right up to Hitler’s War. … It is said that when Christ is born, the oxen and the cattle on farms kneel down in worship and, according to some, weep. When in 19th century England a learned scholar mocked this belief, affirming that he had never seen it, he was informed by farm-laborers that this was because the scholar had been watching on 25 December, and not on the true date according to the Julian calendar. 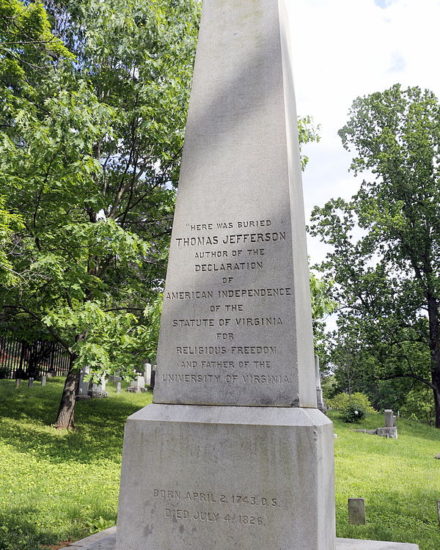 It should be remembered that many of the Founding Fathers of the United States (and Daniel Boone) were born according to the ancient Julian Calendar, since British America did not convert to the Gregorian until 1752. Philip Ludwell III was born “in the night betwixt Friday the twenty-eighth and Saturday the twenty-ninth of December” in 1716 (exactly 300 years ago) on the Julian Calendar, and was one of about a dozen prominent Virginians who served on the Royal Governing Council of the Colony when the calendar change was promulgated in mid-century.

For chiseled-in-stone proof of these Old Calendar roots, all you need do is visit the tomb of Thomas Jefferson at his central Virginia home of Monticello, where his birthday of April 2, 1743 is marked as “O.S.” (Old Style).