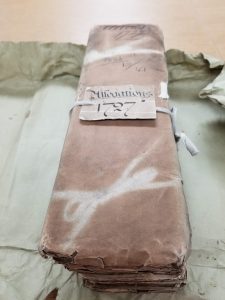 During a visit to England in August I was able to spend a couple of days at the National Archives in Kew reviewing a stack of documents that I had seen a reference to in my ongoing research.

The contents of these, together with information I already had, sheds further light on the nature of the Orthodox community in London in the decade before the young Philip Ludwell III would travel from Virginia to be received into the Church. 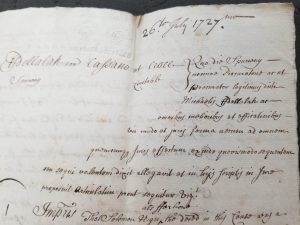 So here we have four names, one of which at least I would hope would be recognized by those who have followed the Ludwell story: That is the first named defendant, Cassano. This is the priest Bartholomew Cassano who in the following decade would anoint the young Philip Ludwell with the Holy Chrism. But in order to understand the information in these documents let me introduce the other three named persons, who as it transpires, were all members of the Orthodox community in London in the 1720s.

Solomon Negri: A “Grecian by Birth” from Damascus

It is best that we start with the last mentioned person – the deceased Solomon Negri. The form of his name used here is a strangely anglicized one. The original form of his name was Sulayman al-Aswad. The court documents tell us that Negri was born in Damascus, Syria and baptized there on February 23, 1665. They also say that he was a Grecian by birth. 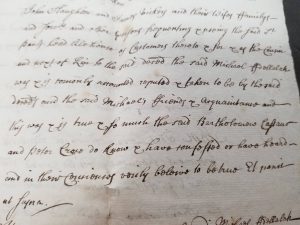 Such an observation needs to be understood as it would have been then, when concepts of nationality such as we have now did not exist. Rather than ethnicity this expression points to Negri being a member of the Greek Patriarchate of Antioch as other sources confirm was the case.

It is beyond the scope of this brief article to give a detailed account of Negri’s life and travels. They merit a book of their own. Suffice it to say that Negri eventually ended up in London, where from 1718 to 1725 he was employed by the Moroccan Ambassador to England. (As an aside I should note that the Moroccan Ambassador, Don Bentura de Zara, who served in London from 1711 to 1715, was himself an Orthodox Christian whose funeral was conducted at St Margaret’s, Westminster, by Archbishop Arsenios of Thebes of the Greek Patriarchate of Alexandria.) Negri possessed an enormous talent for languages, both European and Near-Eastern, and during his lifetime seems to have amassed a substantial and valuable collection of books and manuscripts. 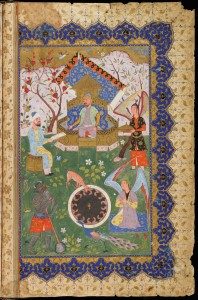 The Marvels of Creation

These included “The Marvels of Creation” a work of 13th-century Persian origin now housed in the Special Collections of Cambridge University and described as perhaps the finest illuminated manuscript in the Library’s Islamic manuscripts collection. It would have been this and other such lavish manuscripts that made the estate of Solomon Negri worth fighting over.

Negri was also an associate of the Orthodox Patriarch of Antioch, Athanasius Dabbas. Together they worked with the Anglican Society for the Promotion of Christian Knowledge (SPCK) to publish a Psalter, Gospel Book and Catechism in Arabic for the benefit of Arabic speaking believers in the Near East. I have written about this in much more detail elsewhere.

Most intriguingly it seems that Negri was ordained as an Orthodox priest in Constantinople around 1705. For more than twenty years he maintained a correspondence with the German Pietist leader Auguste Franke who was Professor of Theology at the University of Halle. From these letters we also learn that by 1724 Negri is having conversations with an Archimandrite in London. This must almost certainly have been Archimandrite Gennadios, the Rector of the Orthodox parish in London. The court documents from 1727 clearly confirm this connection telling us amongst other details, That the Revd Gennadius did some small time before [Negri’s] death administer him the sacrament of the Lord’s supper [Negri] appearing to be very penitent and desirous of the same… Following Negri’s death we are told that his funeral was served by Fr Bartholomew Cassano.

Michael Fdellalah: Plaintiff and Member of the Greek Church 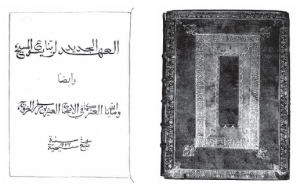 So let’s move on to the plaintiff in our case whose full name was Michael Fdellalah. As you might rightly surmise this is also an Arabic name. The court document tell us that Fdellalah is a foreigner and native of the said city of Damascus in Syria and now living and hath lived in England about five years. Both Fdellalah and Negri are said to have been for several years last past members of the Greek Church [in London] and frequented the same. The documents also recount that Negri and Fdellalah frequently visited with and conversed with Archimandrite Gennadios and Fr Bartholomew in Greek and Arabic.

The co-defendant with Fr Bartholomew Cassano was Peter Croce, a Greek speaking member of the London Orthodox community. Croce was a London wine merchant who included amongst his customers Lady Mary Migliorucci [nee Nevill], a devout Roman Catholic recusant and active businesswoman who maintained a Jesuit chaplain at her estate of Nevill Holt in Leicestershire.

Notwithstanding such customers amongst the aristocracy, Croce’s business must have gone downhill in the 1730s as the London Monthly Magazine and Chronologer, Volume 9 published in 1740 lists in its column of bankrupts Peter Croce, of Deanstreet, Soho, Wine Merchant. From the court documents we can adduce that Croce was a close associate of Fr Bartholomew and as such most likely would also have come to know Philip Ludwell III when he arrived in London in 1738.

A Lawsuit Over Negri’s Valuable Collection

What was the nub of the dispute that these preliminary papers discuss? As mentioned earlier Negri had accumulated a large and valuable collection of books and other papers. Fdellalah alleged that Cassano and Croce, or one of the two of them, had taken possession of Negri’s goods and chattel without any authority and in particular a library consisting of divers books and manuscripts in diverse languages of a considerable value.

He went on to claim that Negri had made a will three months earlier and left a small legacy to the said Gennadiy. There was also a legacy for the poor and all the remainder to him, Michael Fdellalah.

Cassano and Croce countered by saying that Fdellalah did not in [Negri’s] lifetime or during his illness or at the time of his death give out himself to be a relation of [Negri] claiming only to be his countryman. They also stated that Fdellalah was not the first person in the community who had claimed to be Negri’s relative and

Negri said that man was no relative of his.

What the 1727 Lawsuit Reveals About London’s Early Orthodox Community 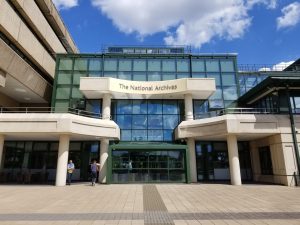 The National Archives in Kew, London

So what are some of the characteristics of the London Orthodox community in the 1720s that we can draw from these proceedings?

The early parish records, now also housed in the National Archives in Kew, show us that the parish membership was composed of both Greeks and English converts. The documents from this court reveal that there was also an Arabic speaking dimension. This is also witnessed to by the involvement of Archimandrite Gennadios and the future Fr Bartholomew in the project with SPCK described earlier. The community depended upon the Orthodox Church of Russia: Bartholomew Cassano traveled there at the end of 1726 to be ordained a priest in St Petersburg at the hands of Bishop Theophan (Prokopovich), the Archbishop of Novgorod. The contrasting Russian and Greek influences in the parish life is seen by the alternative rendering of the name of Archimandrite Gennadios or Gennadiy in the court documents.

Reading these documents also made me speculate that the community was perhaps larger than I had previously thought: After Fr Bartholomew’s ordination to the priesthood and prior to Negri’s repose, there would have been three priests, albeit Negri was most likely not serving by this time. (If in fact he ever had.) The documents also state that in countering Fdellalah’s claim 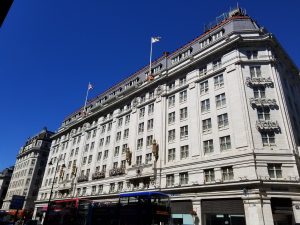 Following on from the question of the size of the community, the documents clearly pin down the location of the church in 1727 and for at least several years prior to this,

the Greek Church…being then and now kept at the then and now habitation of the said Revd Gennadius in the said Exeter Exchange Court near the Strand….

Sadly, Exeter Exchange Court no longer exists and the place where it stood is now largely occupied by the Strand Palace hotel. 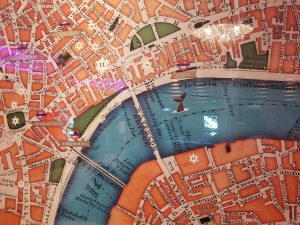 An Old Map of Central London. No 11 is the Strand Palace Hotel. 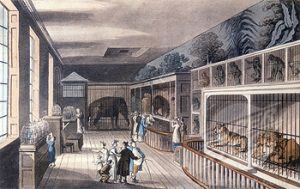 It seems that at the time Archimandrite Gennadios and the church were housed in this location, the upper floors were mostly housing a menagerie of wild animals including lions and tigers! We can only wonder if the occasional roar of a lion would intersperse the celebration of the Divine Liturgy! If so it might provide altogether a fitting reminder to the young Ludwell of the martyric potential of his conversion to Orthodoxy at a time when it was still treasonous.