“Now, as freedom is unquestionably the birth-right of all mankind, Africans as well as Europeans, to keep the former in a state of slavery is a constant violation of that right and therefore of justice.” – Arthur Lee, nephew of Philip Ludwell III, who lived with his uncle in London in the early 1760s.

This quote is drawn from a longer piece published in the Virginia Gazette on March 19, 1767, the same day that Philip Ludwell III’s burial service was taking place in the Orthodox Russian church in London. You can learn more about Ludwell’s last earthly days and his participation in the rites of the Church in this Ludwell Blog article. Arthur Lee was the youngest son of Thomas Lee of Stratford Hall Plantation and Thomas’ wife Hannah Ludwell Lee, who was the sister of Philip Ludwell III. Like all wealthy planters in colonial Virginia, the Lees and Ludwells were slaveholders. Arthur Lee, however, spent much of his life in Britain and Europe and, like his brother William, never inherited land (with accompanying slaves) from his father. Arthur ended his days in Urbanna (the “City of Anne” – named after Queen Anne of England), Virginia, on the shores of the Rappahannock River, where he purchased an estate which he named Lansdowne. 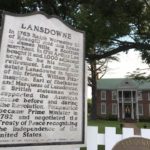 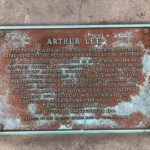 Arthur was the youngest son of Thomas Lee of Stratford Hall who was married to Hannah Ludwell, sister of Philip Ludwell III. 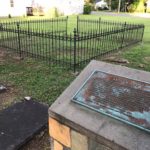 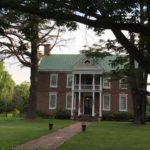 Slavery and Prospects for Manumission in 1700s Virginia

As the 18th century developed, some colonists expressed their abhorrence for the institution of slavery. In the 1740s, we know that Philip Ludwell III introduced his bill in Virginia’s House of Burgesses “for laying on additional duty upon slaves, to be paid by the Buyer” on October 18, 1744 to increase the tax on importation of enslaved Africans into the colonies. While the exact reason for Ludwell’s proposal is unclear, the bill failed.

Arthur’s older and more famous brother, Richard Henry Lee, is best known as the person who formally introduced the declaration of American independence from Great Britain at the 1776 Continental Congress in Philadelphia. The declaration’s ideals were in line with his 1759 speech in Virginia’s House of Burgesses, in which he stressed that blacks were “equally entitled to liberty and freedom by the great law of nature.” As historian Paul C. Nagel noted in his book The Lees of Virginia:

Richard Henry [Lee] looked about the House chamber and challenged the great planters there to show themselves Christians and “pay a proper regard to the dictates of justice and humanity.” It was a statement not easily forgotten – or forgiven. Soon, when Richard Henry made a spectacular blunder, he found his earlier tactics left little sympathy across Virginia.

In fact, Richard Henry Lee always struggled to make enough money to support his large family. In 1774, his financial struggles led him to lay aside these ideals and become a merchant in the slave trade – activities that his own memorandum book proves actually occurred. His brother Arthur Lee scolded him on this account, stating how awkward it would be “that a strenuous opposer of this trade should be an agent in it.” Arthur begged his older brother to “consider this circumstance, and act accordingly.”

It should be noted that, were one born into slaveholding, laws regulating the freeing of enslaved persons made their manumission a serious challenge for much of the 1700s. Such regulation began in 1692, when the colony established that in order to manumit a slave, a person must pay the cost for them to be transported out of the colony. Another law passed in 1723 (three years before Philip Ludwell III’s father died) stated that slaves could not “be set free upon any pretence whatsoever, except for some meritorious services to be adjudged and allowed by the governor and council.”

It may have been in this spirit that Philip Ludwell III (“late of the Colony of Virginia, but now of the City of Westminster, Esquire. Will 28 February 1767”) stipulated in his will that two of his slaves be freed on the following terms:

To said daughter Hannah £100 to bring over to England and put in a way of getting their living two of my slaves named Jane and Sarah, daughters of Cress, to whom I promised their freedom for the faithful and unwearied care in nursing my dear little Orphans from the death of their mother.

In his will, it appears that Ludwell aimed to fulfill both conditions for manumission: meritorious service and passage out of the colony.

It was only in 1782, as the Revolutionary War neared its end, that the Virginia legislature enabled masters to voluntarily free their slaves. As historian Alan Taylor notes in his Pulitzer Prize-winning book, The Internal Enemy: Slavery and War in Virginia: 1772-1832:

Manumissions did increase after 1782, swelling the free black population from 2,000 in 1782 to 20,000 in 1800, and from 1 percent of all blacks in 1782 to 7 percent in 1800. Some of the freed moved into the commercial towns to seek work as artisans and domestic servants or as laborers on the docks, in the streets, and aboard boats. But most freed people remained in the countryside, working as hired laborers or tenant farmers. Very few acquired title to any land. Freedom Park, on the grounds of the former Green Spring Plantation, features reconstructed cabins that recall the manumission of Green Spring slaves at the dawn of the 19th century.

So what happened to the enslaved community on Philip Ludwell’s lands? Soon after Ludwell died in 1767, his middle daughter Frances also passed away in London, thus dividing his estate between the two remaining daughters, Hannah and Lucy. We have a better understanding of what transpired with Hannah’s inheritance.

Hannah married her first cousin William Lee (brother to Arthur and Richard Henry, and thus nephew to Philip III). With Hannah’s death in Belgium in 1784, William Lee took on full ownership of the Ludwell’s Green Spring plantation near Williamsburg. After suffering from blindness for many years, William passed away in 1795 and was laid to rest beside Ludwell forebears at nearby Jamestown in the church yard. His son (Philip Ludwell III’s grandson), Willam Ludwell Lee, provided for the manumission of the Green Spring slaves in his own will. Upon his death in 1803, approximately 30 slaves were then bequeathed 1,200 acres of land and newly built cabins, reconstructions of which can be found on former Green Spring property.